State of the game malarky

I was looking at this list and thinking about what I would prioritise myself and I've realised it's almost exactly the same.

1) The thing that is most frustrating at the moment is most definately the server stability and performance in large scale RvR. When you've got 200+ (my guesstimate...) people crammed into a small area like we regularly see in Fortress takes (daily on Karak-Norn), the server starts to cry. It also has a knock on effect onto the surrounding areas as masses of people rush around reinforcing attackers, intercepting the enemy, etc. Rest of the time the game performance is fine for me, but everytime this happens its a disappointment. Not a surprise mind you, every MMO has this problem, other than Eve, but then that doesn't have the same sorta of terrain to deal with and is many years down the road of development (though with everyone on one server there are probably technical lessons for developers to be learnt from Eve).

2) Second to that is bugs. This is nothing like as buggy as say Age of Conan, but it does have plenty of bugs particularly with PvE content and I know a lot of people get all het up about bugs and expect WAR to be as bug free as WoW is 5 years after release :P So for the sake of all our sanity it needs sorting.
The biggy bugwise for me since patch 1.2 is guild and alliance permissions. People at random not being able to talk in /as is a real hinderance and is very frustrating. This needs to be hot fixed like now.

3-8) Mark has this down as basically improving the whole RvR scene. Fair enough, whilst RvR is pretty cool most of the time and pisses all over the lame PvP in most other MMOs, there's lots that could be improved further. Keeps are high in that list, but Fortresses in particular need big changes. Combine the bad server performance and the fact that a Fortress is nothing more than a keep with bigger doors and a harder Lord, and you end up with a rather underwhelming event. Mythic need to do something drastic with Fortresses. Change the layout and the whole single Lord thing. Maybe have multiple areas that you need to control within a properly HUGE fortress, like an armoury, barracks, towers, etc. Just get the bloody lag sorted and make it more interesting. It needs more than just a bloody extra ramp ;)

"We want to make BOs more relevant and necessary for the Keep take to Zone Capture progression."
Battle Objectives need spicing up, I'm very intrigued with what Mythic have planned here.

9) I've not done a City Raid since 1.2. Prior to the patch it was crap, but I hear its a bit better now.
The City Raid experience that we currently have in the game will also get some additional work. Our primary goal is to add more RvR opportunities throughout the entire Raid. We are looking at a number of options and possibilities under consideration for more “RvR” and less “PQ action”
Good :P

10) Career balance, also known as a poison chalice.
"1.2.1.......will give some extra loving to the Archmage, Shaman, White Lion, and Marauder"
When asked about the 1.2 patch a Witch Elf gave this response : 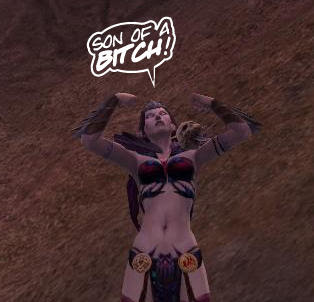 Add Witch Elves to that list pls. I can't cope with their misery any longer. I know they're a bunch of previously overpowered semi-naked emo sluts, but come on they're a bit shite now.