OK I got a few hours in over a range of characters and unlike some I don't give two turds about developer promises and hype train bollocks.

Graphics
Decent enough to distract from the generic fantasy by numbers art design. It's as if the basic art style was thought up by an 8 year old, but then the layout and structural stuff was designed by a grown up. Same as WoW was really. Thankfully this adds up to me being able to stomach it. Also I was quite impressed by the cities and their (false) sense of scale.

Performance
Reasonable, but potentially very good if it really is as un-optimised as claimed.

Classes
Many interesting and fairly diverse classes to play with. But to be honest low level stuff means bugger all and you can't tell dick about them until end game. I liked the Warrior the most, shock horror I know.

Combat System
Fast, a bit floaty at times, but encourages movement which is a good thing. It feels like Wrath of Heroes with more buttons. I'm not entirely sold on how abilities and weapon skills are distributed, but I think really I need to get much further through the levels than dabbling in a beta weekend allows. Potential issues with ranged being too easy in PvP.

PvE
Solid enough, not as dynamic as RIFT's, not as dull as most everything else. It's still kill 10 rats, pick up 10 apples crap, but it's masked fairly well and you can get a nice sense of exploring the zones.

PvP Scenarios
Same as every other game. Other than the stat, ability and gear bolster for all levels (making everyone 80 and in PvP gear), I would say "Move along, nothing to see here".

WvWvW (RvR, open world PvP)
Lacks flavour because of the lack of true factions, but didn't matter too much because it was fun. Not done much with keeps, etc, I was just roaming and fighting with a group. I liked it. Was like old school DAoC in some ways. Lots of good systems built around this too, so much potential there.

Is it the second coming of MMO Baby Jesus?
No.

Will I buy it?
Yes. Though I still plan on dropping everything for Planetside 2.

Had a nice email today from "a new independent studio made up of ex industry guys" letting me know about their upcoming mech combat game "M3CH".

Initially they're going for an iOS release and then potentially looking at a Steam launch. The game is currently in alpha and there's not a huge amount of info yet, but it's sure as hell got some sweet concept art going on. 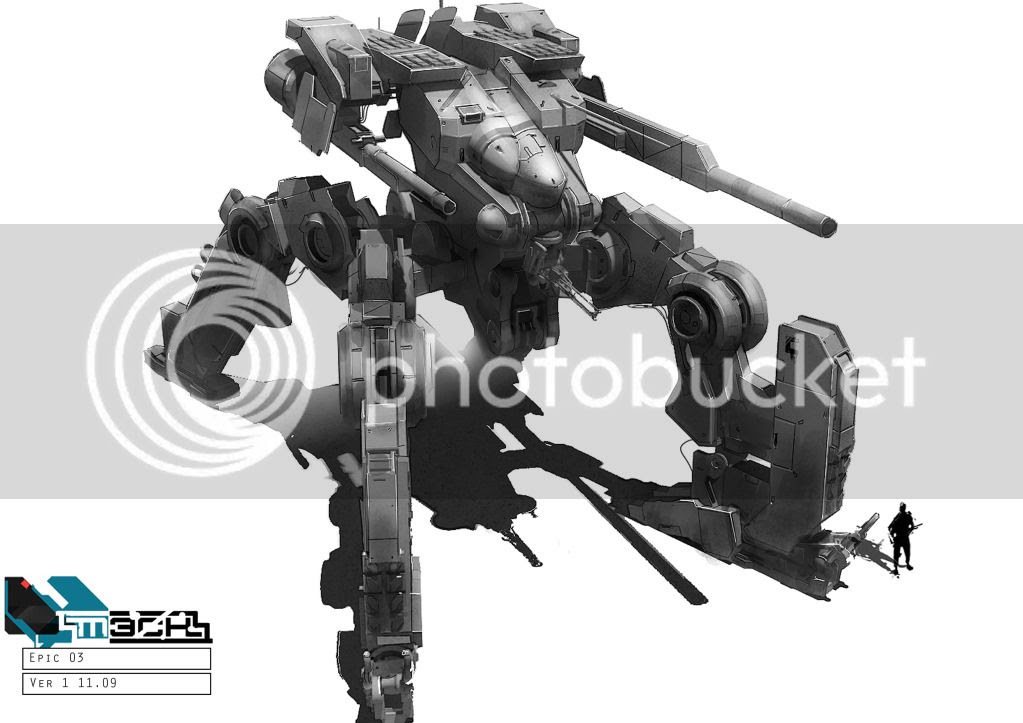 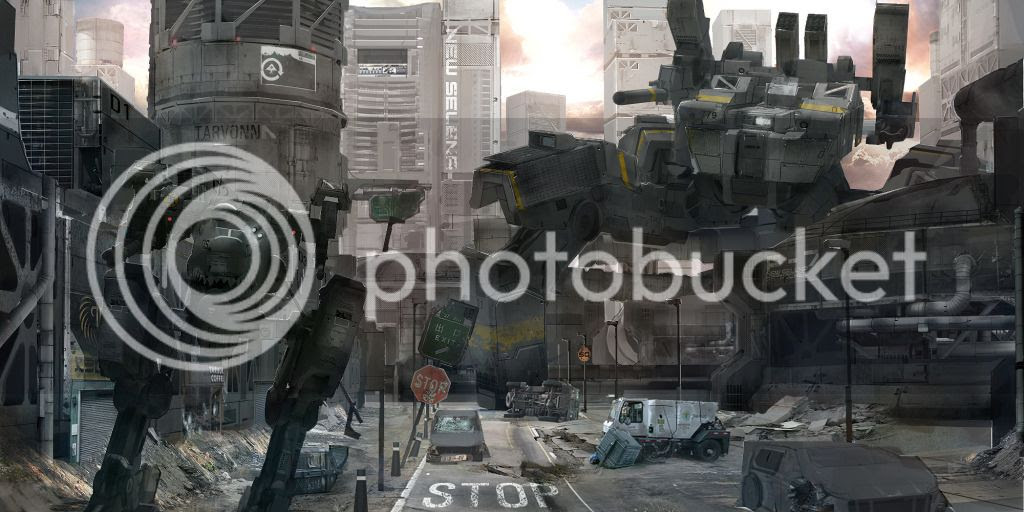 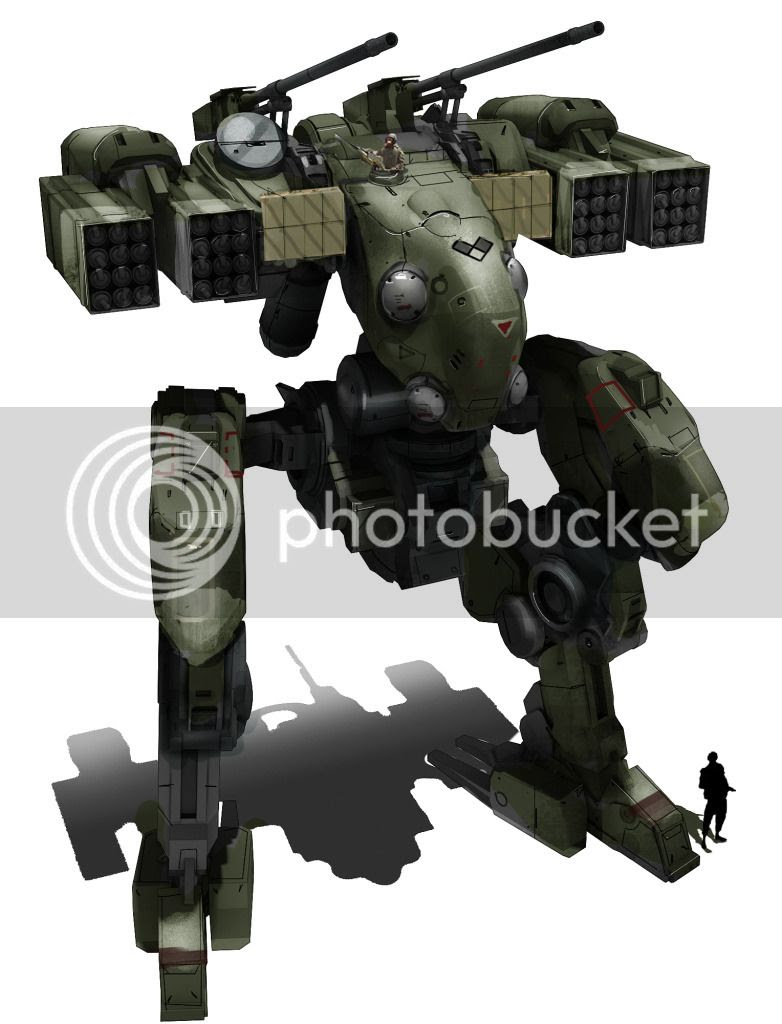 There's looooooooads more concept art here. And further info and an in-game video can be found here. I reckon this is one to keep an eye on, certainly for the big robot smush up lovers among us... Plus it's always good to support the indies.
Posted by Bootae at 23:08 No comments:

OK so I should really post about my sudden silence. I find myself brimming with motivation at the moment, but these motivations have nothing to do with gaming and as such I've just not had anything to post about. My wife and I separated, resulting in a financial mess and all the more important difficulties that arise with a family breakup when there's kids involved. I had kind of expected this would mean I would end up burying myself in gaming, but actually it's been the complete opposite and I simply have little spare time or inclination for games. Strangely it was a couple of weeks before I even noticed I hadn't played anything. Though in the grand scheme of things over the last month or so, that was one of the smallest revelations.

Now, whilst I could write quite an interesting post on some of these things, particularly on certain aspects of relationships and the connection to our online personal support networks, it wouldn't be vey classy of me and would be somewhat insensitive. Also whilst you may suspect from my vagueness that I blame gaming for my marriage explosion (albeit a very slow motion explosion), lets be clear that this is not the case at all. There is a difference between a cause and a (debatable) symptom.

So what then for this blog?

Hmmmm. To be honest I'm not quite sure. I do like the outlet that blogging provides me and there have been some pretty cool things that have happened because of this blog, but life at the moment isn't so conducive to writing all the time.

I am still interested in games, I did play some GTA and Skyrim this week for example and I have kept an eye on the MMO news, but I doubt I will be anywhere near the regular gamer I was. Which to be fair was already less than most MMO players, despite what you may have thought. I suspect that I will be a lot more picky with what I play in future, the days of trying out everything are gone.

I might play Guild Wars 2, but I'm not sure. There is a good chance I will just wait for Planetside 2 and Mechwarrior Online. Also I have a backlog of single player games to clear... All of which doesn't suggest a huge amount of source material...

Probably I shall just write stuff as the whim takes me, but most likely not anywhere near as prolifically as before. There's also a chance I may go on all sorts of tangents, be it my rediscovered love of breakbeats and funky old tunes, my current obsession with cooking, Liverpool football club, or the latest oriental tea that takes me to my Zen place :P

Basically, I dunno. Life is a lot of fun right now. Straight after everything going to crap, a lot of cool and interesting things happened. So my apologies for the lack of posting and my future randomness, but I'm having a good time, so meh! ;)
Posted by Bootae at 23:09 9 comments: