Got a couple more levels on my Black Orc, hitting the heady heights of level 35! I've done a bit of RvR too, obviously at a huge disadvantage, but it's not been entirely fruitless. Mainly because I just played (a slightly psychotic) guard-bot. I've decided I'm going to be stick with the great weapon spec and just smashing things around with no real care for my own safety, because it's fun. Which I guess means I am accidently role-playing a Black Orc correctly. 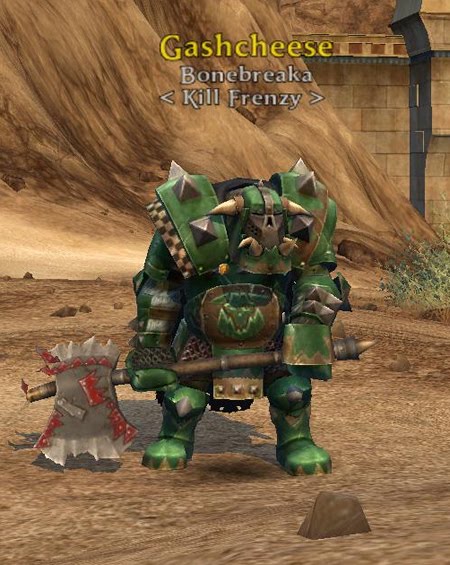 Anyways, building up some rest XP again at the moment and I plan on hammering his level up with some champ group farming in the near future. I will probably only level him when I have a full bar of rest XP available, since that's the most efficient when you're juggling as many alts as I am.

It shouldn't be too long before I'll discover if it's joy or pain (I suspect the latter) for a newbie 40 Blorc in the now sovereign dominated Tier 4.
Posted by Bootae at 13:55