Chosen got a broad sweep nerf in the 1.3.6 patch. The resist aura took a heavy hit and since almost every attack we use (certainly the ones worth having) all use spirit damage; it works out as far more than a single ability change. At first it seemed really OMFG bad, but it turned out my armour had bugged somehow and after I removed and re-equipped it all my damage went up a bit. However, having sorted my strangely bugged armour and put a load more time in I have discovered to my disappointment that it’s hit my sword and shield Chosen fairly badly. 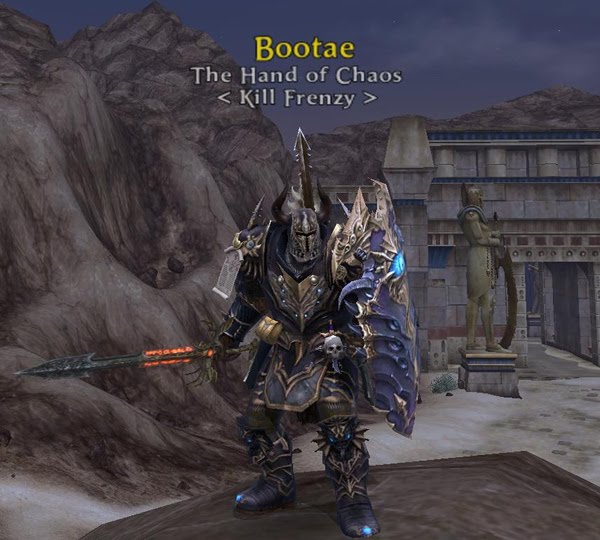 If you are wearing lots of sovereign, or use a Great Weapon combined with top end gear to purely maximise your DPS then it’s still good, the damage is lower but not that much. But for a non sovereign shield using Chosen it’s lowered the damage just enough to blunt their edge and outside of CC and debuffs make them feel a bit puny. So much so in fact, that despite me being a huge fan of the sword & shield playstyle and the abilities and specs this allows you to use, I too have respecced and adjusted my gear for using Great Weapons. Instantly I’m back to having the same impact that I did without a Great Weapon prior to 1.3.6. Note that I’m not saying I used to hit as hard with S&B as I do now with a Great Weapon, but the damage was high enough before to feel more of a threat than you can now, it’s about overall impact in RvR. 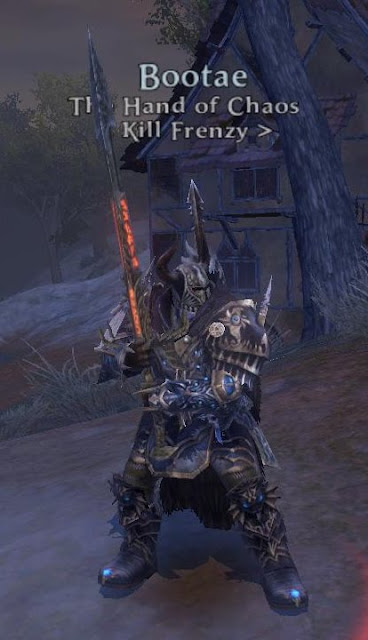 It’s a bit of a shame really. I do think the resist nerf was a good idea, as its effect on everyone else’s damage was too high, it’s just a pity that the cost turned out to be my favourite playstyle being nerfed a step too far. There should have been something to compensate somehow. It does feel like Mythic either didn't quite get this right, or that they actually want us to be using Great Weapons.
Plus on a purely personal level it has ruined my solo roaming ability, at least until I get the hang of having less options and survivability. Still, it could be worse and I have enjoyed the change of playstyle more than I expected. Not gonna kid myself though, if we get a return to having multiple viable spec and gear options, then I’ll be respeccing shield straight away.

In other news... make sure you watch our new KF WAR vid. KILL FRENZY FRIED CHICKEN!
Posted by Bootae at 12:04