If you've not been onto a public test server yet, this is what you're missing out on:

Choppa testing has certainly proved popular, as has the Choppa itself. I've only really dabbled a little bit so far, as unfortunately I've not had that much spare time to put into the test server, but everytime I have been on, there's been a lot of discussions in region chat about the Choppa.
People seem to be really liking it. And I mean really, really, really liking it. Loads of people talking about re-rolling.

Obviously it's all low level stuff, so it's not that indicative of end game performance, but it would seem to have very pokey DPS and looking through the skill lists it's certainly got some funky stuff. If you then look at the discussions going around about Witch Elves and Marauders, people are making out those classes are now redundant, particularly with Witch Elves. Hmm, I don't totally buy that myself, a class is only redundant if you choose not to play it. They will still have decent DPS, they may not be no.1 melee DPS anymore, but they're not gonna be useless surely?

That said, the 1.2 patch is nerfing Witch Elves and the changes to Stealth worry me a fair bit I have to say. Yet with so many changes to other classes, resists, pick lock, etc, will it all balance out? I'm really hoping that the new working pick lock skill is going to shake up keep sieging, something where Witch Elves could potentially be awesome.

I don't think we'll have any real idea of the impact of this patch until it hits the live servers, the PTS is too random and the various forums are so covered in bile it's hard to work out what's actually true.


One thing's for sure though. When 1.2 goes live, the Choppa is going to be hugely popular and we're all gonna be sailing on the sea of green. 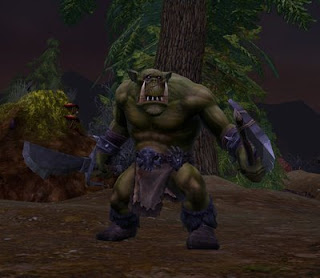 BTW if you want an easy way of seeing all the new goodies the Choppa brings with it, go check out Wizards and Wenches. There's a great post up with the abilities, tactics and morale all on one page.
Posted by Bootae at 00:41