Blorc update - the middle of tier 3

Ok so I've hit level 25, but my renown rank has dropped behind a bit and is languishing at 21. I had a few power level opportunities which I decided not to turn down. Of course now I'm at 25 I can get to Land of the Dead, which is great for power leveling on champions and the like. I'm considering hammering the Blorc straight to 40 with some serious PL sessions, but I'm not so sure if I want to leave my renown rank so far behind this time.

Tier 3 is erratic... Ranging from zero PvP to huuuuuuge fights. Want to get out quickly really.

Still liking the class, the look and feel of it, but I'm still hating the plan system. It's terribad as they say. I'll be posting in more detail about that and with some suggestions soon. As for the evolution of my armour, wow, really starting to get there now. Very spikey and just plain covered in metal. It's just sooo WAAAGH darling! 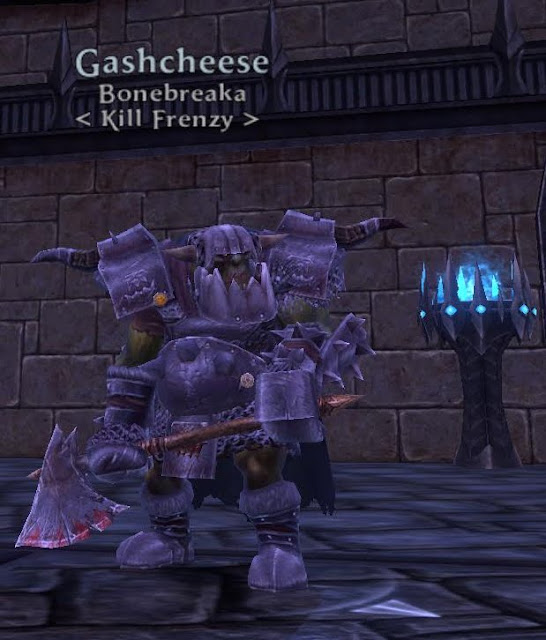 I suspect once I get to 40 I could get a bit drawn into playing the Blorc in T4 quite often, just for the look..
In other news, make sure you read my post below about Shadow-war's competition.
Posted by Bootae at 00:29