Black Orc update – The other end of tier 1

I’ve been really enjoying the Black Orc this time round. I discovered that an add on conflict was causing problems for the Plan B mod (essential to make Blorcs not utter crap to play) and sorting that out has made a massive difference. I still think the Black Orc/Swordmaster plan system is very poor for PvP because it doesn’t let you react with the right ability at the right time, but even so at the moment it’s not annoying me. I’ve opted for running around with a great weapon, stacked mainly strength and the end result has been me kicking buttocks left right and centre. Only lost one 1v1 fight and am also winning most 1 vs multiple fights, within reason anyway. Of course this is tier 1, so a lot of the opposition isn’t up to much, but then it’s not like I’m the only veteran running round with a half twinked alt. It’s certainly a very solid class in this tier.


With these Blorc update posts I’ll be including pictures to show the evolution of the Black Orc image as I progress through the tiers, it’s a class that has some pretty dramatic and very brutal looking armour. Nothing in the way of WoW’s camp insanity thankfully, this is Warhammer after all.
So this is me at the start of Tier 1, I think other than the starting gear all I had was a bracer. 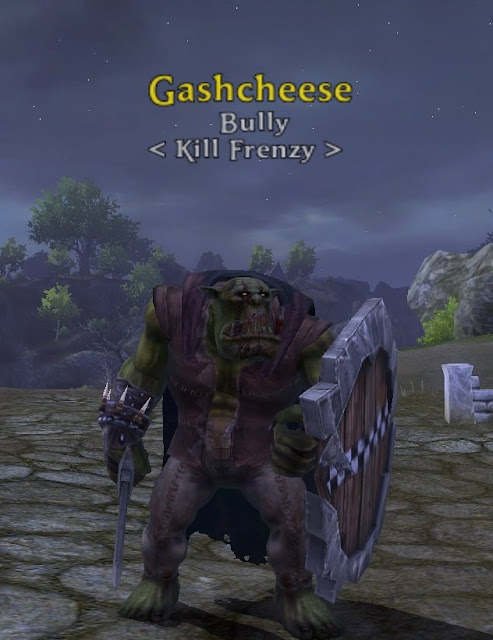 And this is me now at level 11, about 35% away from dinging 12 and leaving tier 1. Not found a helm yet alas. Mean looking bugger I reckon. 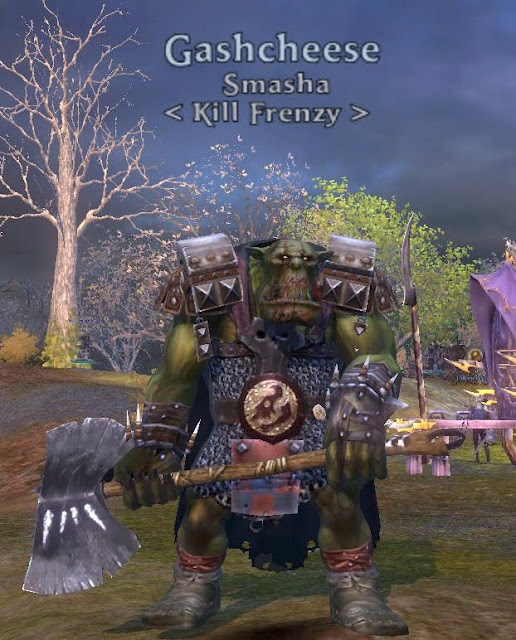 Tier 2 is fast approaching... It was pretty busy when I was there with my Zealot fairly recently, hopefully that will have continued.
Posted by Bootae at 00:38