Last night Kill Frenzy and our alliance (Tainted, Dark Omen, Blood Pollution, The Unlikely Plan and Rigante) went on a Squig Frenzy. A giant WAAAGH of Squig Armoured characters zerging and ganking anything we could find.

We peaked at 36 Squig Herders split over two warbands, all with Squig armour active and all with Squig pets beside us, which meant we were charging in with a total of 72 Squigs… It was quite a sight to behold as this screenshot from Greez (Ironbreaker from Red Guard) shows. 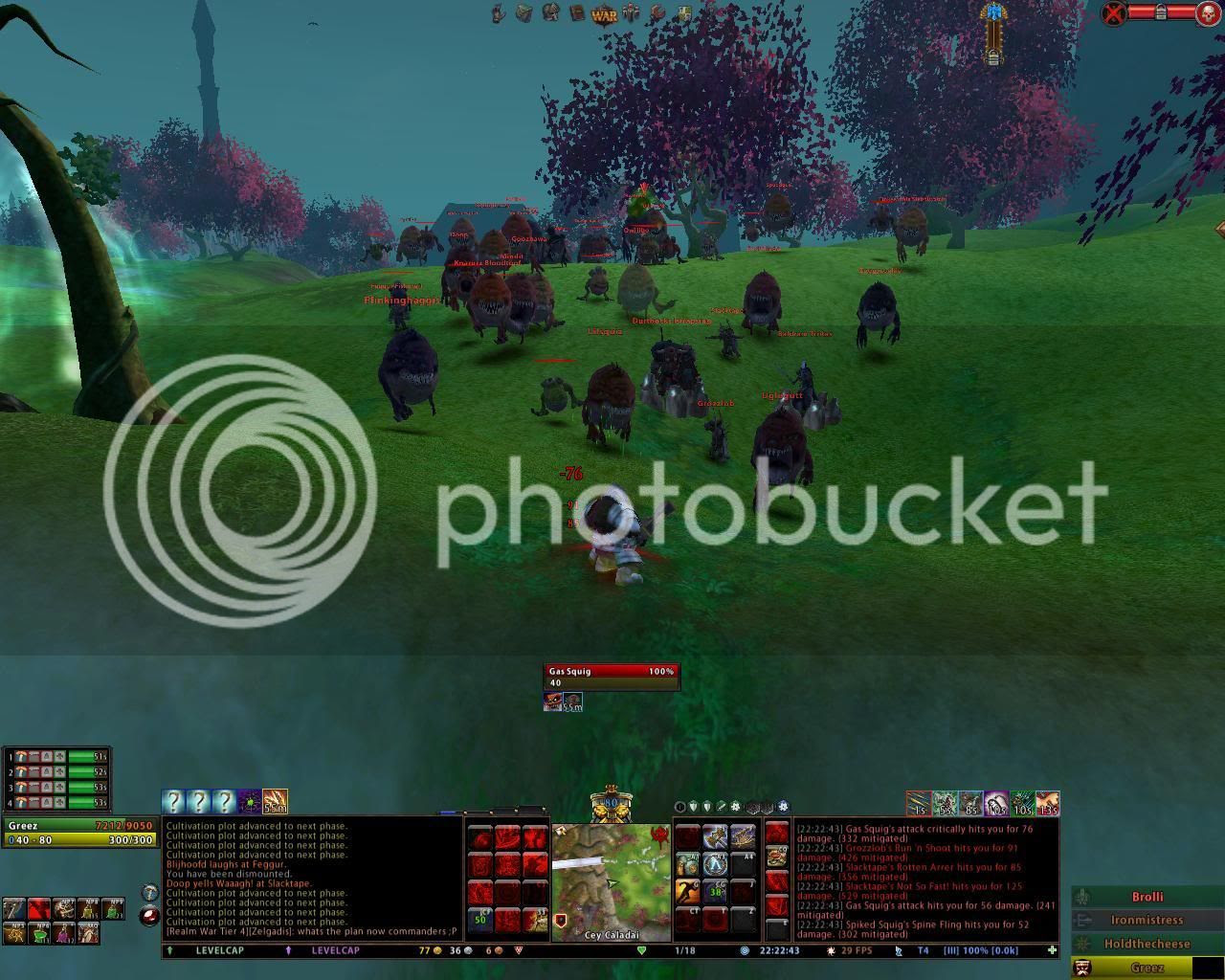 Only problem was we had a mere 8 level 40 Squig Herders, everyone else ranged from level 9 to 37 and there wasn’t enough apprentices to go round. As such our warbands were often more visually intimidating then actually effective, though we did wipe a few groups out through pure shock and awe and provided the odd distraction for other Destruction to capitalise on. Oh and we did the everyone assist target plinking during a keep defense which was quite lethal, until an infamous Order guild with a high proportion of Bright Wizards decided to melt our little goblinoid faces. One day I’ll have a full warband of level 40 Squig Herders under my control, one day… Then you’ll be sorry :P

After dicking about in RvR we headed off to a few locations to get some more specific footage for our next Kill Frenzy (and friends!) video. Keep an eye out for that in the near future!
Posted by Bootae at 08:59