I had a surprising moment a while back when I was choosing which of my World of Warcraft level 70 characters I would take up to 80. My first idea was to use my old “main”, a fury DPS specced Warrior. What I discovered was directly comparing character archetypes between games, without relying on bias memory alone, can lead to large piles of MEH! I can safely say I will never, ever play that Warrior again. When compared with my Chosen and Choppa from WAR, it feels floaty and to be frank, a bit shit. There’s no feeling of connection between your weapons and your enemy, its just numbers flowing upwards and no oomph. Somehow WAR’s melee feels so much more substantial. Perhaps it’s the different pace of combat, the associated sounds, the visuals themselves, or a combination of them all. I’m not sure, but whatever the reason it came as a bit of a shock. I played that character for years; did it always feel so lacking in clout?

Anyway, before I go tangenting away even further from what this topic is meant to be about....
*/slap Bootae*
The whole episode got me wondering, if WoW's melee DPS suck compared with WAR, which MMO has the best melee DPS ever? In fact what are the best ever classes for everything? Which then got me thinking up my ultimate 6 man group, picking classes from any MMO I've played. A group made up not only of the most effective, but also the most stylish, fun to play and all round bloody cool.


So my challenge to readers and fellow bloggers is; pick your ultimate super group!

Here is my group of total uberness: 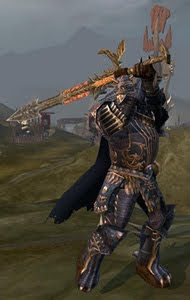 TANKS
Chosen (WAR)
It looks amazing, IMHO the best looking character in any MMO ever. Equally good as a main or off tank, respectable damage and auras that both buff your allies and debuff you enemies. Flexibility and awesomeness combined in spikey armour. This is up there with my very favourite classes of all time. Pure pimpdom.

Who would have thought an entire enemy faction would tremble in fear (or frustration) from a god botherer blowing bubbles? Strange world of warcraft.

They hit like a truck, could heal like buggery and for a long time were invincible killing machines. Excellent healers in both PvE and PvP and with a smite spec they could be devastating. In chain mail, nice.., One of the best healing classes ever.
Druid (WoW)
Treeform… I mean come on guys, it’s a walking tree and it can dance too! The undisputed king of HoT healing and the most fun class I’ve ever played as a pure healer.
DPS
Bright Wizard (WAR)
Insanely powerful damage, good crowd control and a crazy haircut. Without doubt they have had more impact on RvR than anything else in WAR. I hate the buggers, but there is no doubting their uberness. It’s hard to think of a DPS class anywhere near as potent. Except for the next one... 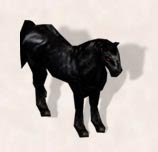 The power of a traditional nuker, but with a tamed Dragon or worse in tow? Not some little hunter pet crap, oh no, we're talking about a full on Dragon. Oh yeah baby! I can quite confidently say that if you've not played a Mage Tamer in Ultima Online, then you haven't experienced REAL power in a MMO. The single most devestating character set up ever, but one that took a lot of time, practice and persistence to suceed with. Ahh memories ;) Taming my first Nightmare... Glorious!