OK so as everyone knows, I am hugely cynical about Guild Wars 2. I played the first game and I think it's hugely over-rated, despite what it's rabid fanbois say. Which actually is probably why so many GW2 fans are quick to say "but yeah GW2 is a totally different game!!!".

However, this blog post from the GW2 devs about PvP has gone a long way to increase my level of /care. I've now upgraded my interest from utterly indifferent to moderately intrigued. Which is quite a feat considering the game's WoW crowd pleasing, clown vomit, childish, emo and horribly generic art style. I bet there's a blindfolded busty angel somewhere.

The screenshot below however did not make me hurl.

This one does though... 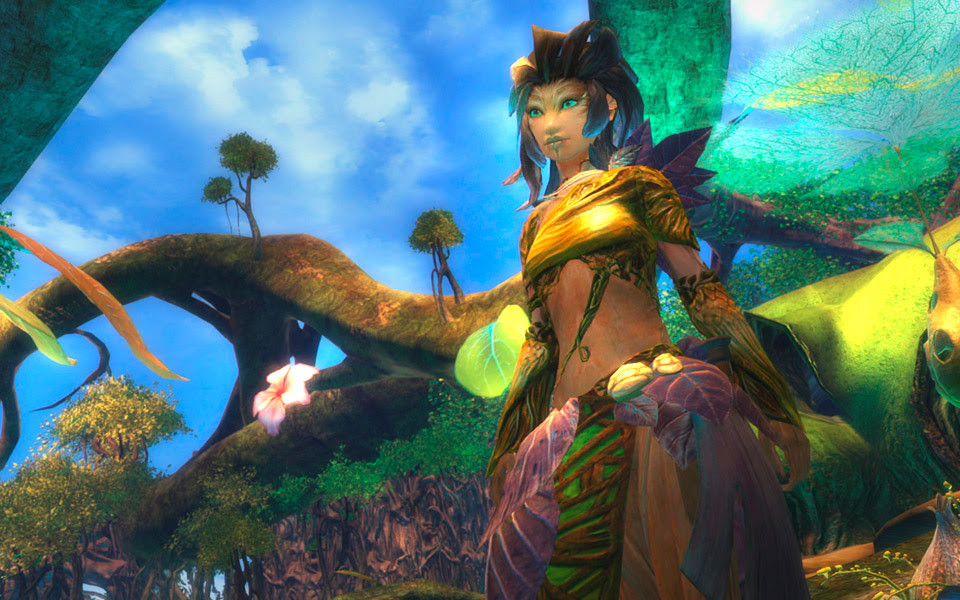 And don't get me started on this shite. 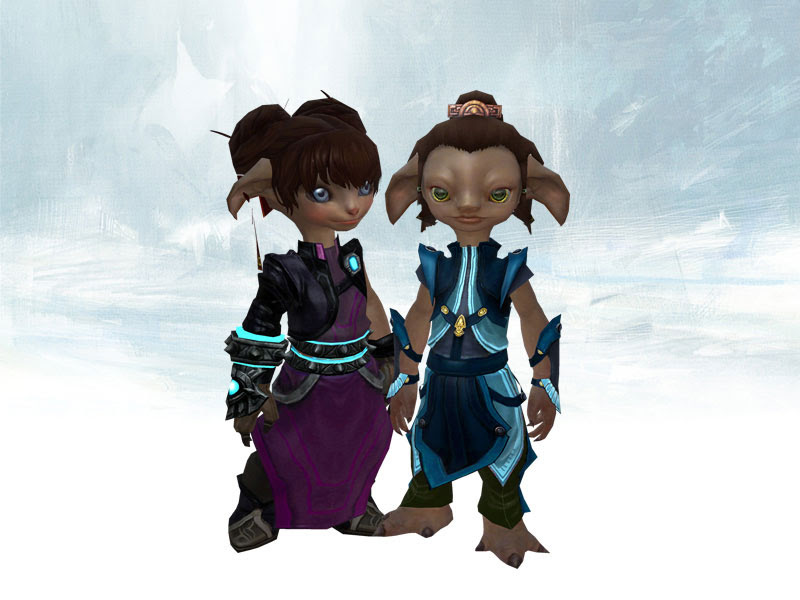 Anyway, I must admit, that's an impressive list of PvP, RvR (or WvWvW?) features and if it doesn't turn out to be mainly dev speak or just plain broken, then I might actually be persuaded to ignore the cutesy crap.
Posted by Bootae at 23:08