I was wondering earlier, if I had started WAR on the opposite faction, what career would I have gone for? Which career would I be considering my main today instead of my Chosen?

There are quite a few Order careers I’m intrigued by; in particular Slayers, White Lions, Shadow Warriors and Warrior Priests, but I just know I would have gone with an Ironbreaker. Nothing to do with how powerful they are or have been, since I wouldn’t have known back at launch anyway, no this would have been purely based on them being grumpy bastards smothered in gromril armour. With beards… and beards are important, both for WHFB dwarves and in real life. Beard+axe (or hammer)+grumpy+gromril=WIN! Yes I choose a career in as shallow a manner as that :P You've got to look at it for a long time, so style and character > all really. 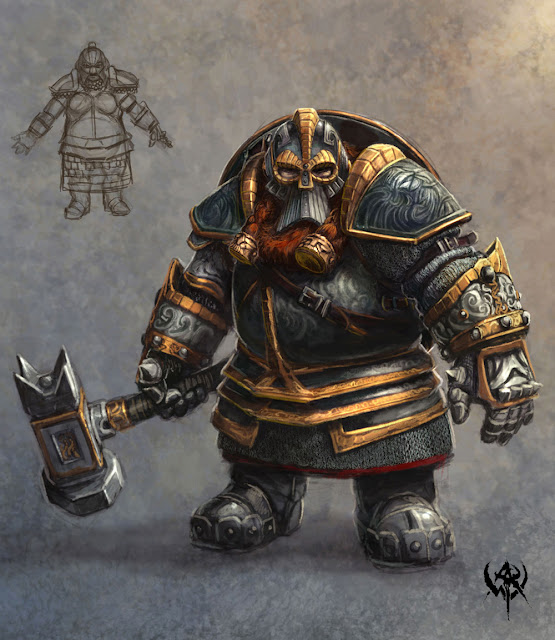 Ages ago I made one on a different server; got a few levels under his rather large belt and then I decided to stop. Too tempting a distraction, too much time required away from my Destruction server. It’s nagging at me still…

What about you folks? If you had started on the opposing side which career would have attracted you?
Posted by Bootae at 15:56