SWTOR vs WoW: Battle of the Bears?

The upcoming World of Warcraft expansion “Mists of Pandaria” is undoubtedly Blizzard’s reaction to Star Wars: The Old Republic and yes, I know that is not exactly a controversial thing to say. Whilst there are games in the latter stages of development that will most likely be quite big players on the MMORPG scene (for example Guild Wars 2 and The Secret World), SWTOR is the only serious contender for the Warcraft crown. Regardless of any personal attachment and hype for those games within the MMO community, they just don’t have anywhere near the same uber-media-hype-punch that the combination of Star Wars, Bioware and a monstrous advertising campaign does out in the real world. So presumably Blizzard felt the need to do something big, something that would retain current players, lure in new ones and tempt back those they lose to SWTOR. Their oh so cunning plan was as you know, playable Panda Bears. 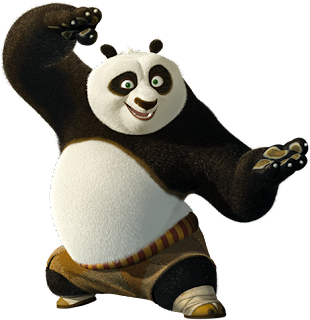 Now grizzled (jaded?) MMORPG veterans like you and I may think that is about as interesting as Vogon poetry, but that doesn’t matter. It probably won’t draw that many people back from SWTOR, yet Mists of Pandaria will still make them a load of money, draw in lots of new younger players and captivate the super casual vast majority that don’t really recognise the existence of games outside of WoW anyway. All despite the fact it’s super childish Panda bloody bear nonsense, that is themed more around a kids cartoon than it is old warcraft lore (warcraft lore… lol) and Blizzard are basically saying they think their players have the mentality and interests of an 8 year old child.

I can safely say that as I have a daughter of the appropriate age who loves the Kung Fu Panda movies and she thinks it’s an awesome idea and now wants a WoW account. 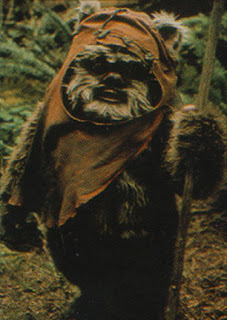 However it got me wondering, how would it work if the roles were reversed? Imagine you’ve been playing SWTOR a while, but oh noes! A big competitor is about to launch and might steal people away! So Bioware hatch their oh so cunning plan to keep you all subbed… Playable Ewok expansion! Cutesy little teddy bears with spears! Ahh bless, look they fall over a lot and make cute noises. :)

Now, would you feel excited or a little patronised?

My money is on the latter, though perhaps if Sith had Jawas it wouldn't be so bad. :P