Are playable Undead even an option? 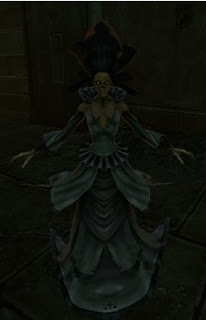 Undead... recently it seems everytime I've had a discussion about future expansions or new patch content, someone says they want playable undead. But in WAR is it actually possible to add Undead as playable race?

I'm not so sure you can, because the warhammer lore just doesn't support it. Undead in Warhammer are not like Warcraft's "we're not really evil, undead have feelings too" horde thing.
With only a few exceptions, Undead in Warhammer are mindless creatures with no free will. They are animated by a Necromancer or Vampire magic. A skeleton in Warhammer is not something that goes to Inevitable City to socialise.

So what about those Vampires and Necromancers then?
Necromancers? They summon whole armies of undead, clearly that's no good, you can't have 1 player soloing Altdorf :P So it would have to be a fairly weak Necromancer.. Hmm obviously a pet class, but summoning multiple pets? Bad, bad idea, we've got enough lag problems as is. Summoning 1 pet? Based on warhammer lore, woah that's a reaaally lame Necromancer, you'd be laughed at, well if the other undead were sentient enough to laugh.

And that's the problem, none of those could make a playable class in this game. You've not got equipment to upgrade, you can't talk to each other and you cant even control your own character for most of them. Which all boils down to the only vaguely viable option is Necromancers, albeit shite ones. No thanks... I'd rather keep the quality warhammer background intact and have something that actually could work. Like Skaven...
Posted by Bootae at 22:16