Ok it’s believed Napoleon Bonaparte never actually said that, but meh I wanted to use the line. Soooo, with historical accuracy debated and ignored, I shall continue. It was allegedly because Napoleon got tired of his poontang pie with Empress Joséphine (hmmm, I wonder if anyone has ever written that before). And just like Napoleon's withered bits, we too can have too much of a good thing.

I had yet more excellent city action tonight. Great fights, a few moments of drama and all round great good times. My only concern is, well actually it’s a long term concern, the city sieges are happening too often. At the moment sure that’s cool, it’s new and it is a lot of fun, going on regular city sieges are no bad thing in that respect. But what about in a months time? How will we feel about it after 3 months? Will we overdose on the new city and become immune to its charms? 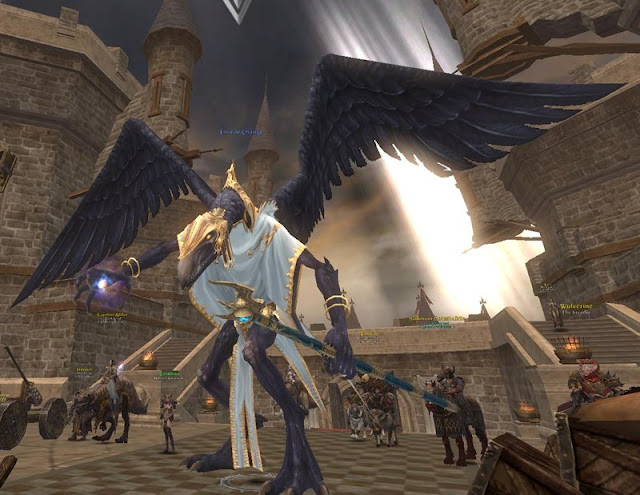 Of course I hope not, but it is a sensible concern and one I’m fairly sure will get realised. I’m not trying to be negative, I do really, REALLY like the new city sieges and I’m very pleased with this patch. However, as I’ve banged on about many times before I do think the frequency of city sieges and the ping-pong zone locking has diluted the campaign and realm pride to levels a homeopathic scamster could only dream of. It won’t be far in my personal future where I once again don’t want to do a city siege every night, I want the drama and tension of fighting in a campaign where reaching the end prize is an “OMFG! YES! YES!” moment, not “oh it’s Altdorf again”.

Mythic have made a huge step forward with the new city, but the sooner we get a campaign system that is actually worthy of this new high quality end game, the better. Lets think positive, since Carrie has mentioned recently (I'm paraphrasing here...) that now the city is pretty much sorted they are going to be putting in a lot of work to the oRvR campaign, so maybe we will get more good news soon?
Posted by Bootae at 01:36