Back when WAR was new the internet was awash with WAR bloggers. There were loads of the buggers (myself included, as I am indeed a bugger) and quite quickly a friendly little WAR blog community was established, with things like the WCPI (War Community Promotion Initiative) and a bit of mutual back slapping to promote other bloggers. And then with a resounding slap, we got hit by the WAR Street crash of 2009… After a rocky launch the number of active bloggers declined dramatically, as people moved onto other MMOs or quit the genre entirely. The community was left with a mere handful of active WAR bloggers and seriously restricted the community’s alt-tab at work reading material. Yeah, that’s right… I know when I get the most hits, you slackers! Do some work! OK, nah screw work! Read more WAR! :D

In recent months the WAR community has seen some dramatic growth with a lot of new bloggers stepping out to join the long in the tooth little core of us WAR blogging veterans, which is a damn positive sign for the game in my humble opinion. However with a game that’s been as up and down as WAR, it’s sometimes hard to keep writing, it’s not like we get paid to do this and sometimes for whatever reason we will get times where we just can’t be arsed. At moments like that I personally find any recognition for the effort is a great motivator. It could be Mythic’s posts on the Herald, links from other bloggers, comments on our posts, or simply my ever growing amazement at the number of hits I’ve had for my rambling bollocks.

I think that anything giving WAR bloggers recognition for the effort they make is a good thing. So it’s about time we gave out some awards for both the long time servants of the WAR community and the hot prospects for the future of WAR blaaaaaaaghing, as Mythic would say. I’m going to give an award to one veteran and one promising youngster, it would be nice if they and other WAR bloggers could find some awards to give out for others ;)

For outstanding service to the WAR community I award Werit with a large slice of Squig Cake! 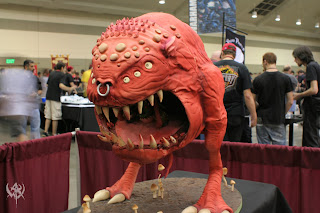 Werit has been a bloody hero. Not only does his most excellent blog have a smorgasbord of news, guides, info and videos from WAR, but every week Werit posts “News from the Front” highlighting other blogs, videos and more from the community. A one dwarf promotion machine!
I highly recommend you watch his vids btw, nice framerates, in decent resolution and always informative. A proper little trooper you are Werit, now go enjoy the cakey schmakey. 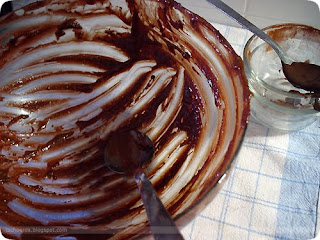 I was sorely tempted to let Krossus in on some hot bowl licking action, but I linked him recently and Keagan bless his floaty feet is playing a Magus. As a fellow Magus player I know how much they need some sweet love... (ARE YOU LISTENING MYTHIC!) Plus Keagan’s blog is really bloody good. He’s not the most regular poster, but what he puts out there is well worth a read. Excellent Magus guides are hard to find. Actually, any Magus guides are hard to find, uhm... no, no, Magus (Magi?) are hard to find, period! Anyways, it’s a great blog and an absolute must read for anyone considering or already playing a Magus.
Now I'm off to the after show party... Those Witch Elves gonna get some bowl lickin goodness.
Posted by Bootae at 19:27