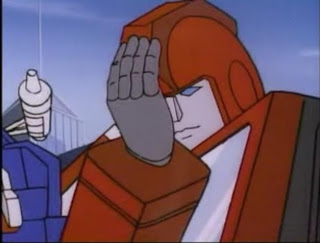 You’ve no doubt heard by now about the EA/Mythic billing disaster in the US (if not check my blog roll). The whole situation obviously sucks royally for everyone hit by it, certainly I would be absolutely bloody livid if it was me and a MMO subscription put paying my mortgage at risk! Yet it must also be incredibly frustrating (and also have potential financial implications) for Mythic’s developers and people involved with the game proper. They get the game in a pretty solid place, are just about to launch what is purported to be the biggest city changes yet and Mythic were trying to get the hype machine running. In fact last week was meant to be all about the bloggers from the US and their visit to Mythic HQ... But nooo DENIED! Instead of much needed positive and exciting WAR hype, everything gets blown away by some idiot from EA/Mythic’s billing dept (or possibly their bank or something...) who manages to pull off what is quite possibly the single most epic failure in MMORPG subscription history. Quite impressive really, albeit in a tragic and depressing way.

So to me this monstrous cock up actually sucks for everyone involved in the game. Whilst the game’s poor unsuspecting customers got financially shafted (and I am by no means belittling this, it is quite simply terrible and I hope Mythic give more than refunds), it has also thrown further fuel on the fire for anyone wanting to flame WAR. The timing really couldn’t be much worse, exactly the moment when the game should be getting good news…

Yikes! If the pressure wasn’t on Mythic before, it sure as hell is now.
Posted by Bootae at 17:14