James Casey has posted a discussion thread for feedback on current developments in a general sense, you can find the thread here. In there he has posted 2D screenshots of a few of the new tier 7 armour sets, which I've posted below. Intricate and quite showy as you can see.. 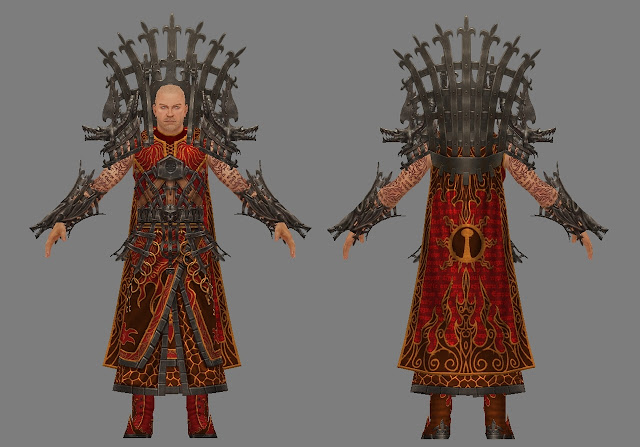 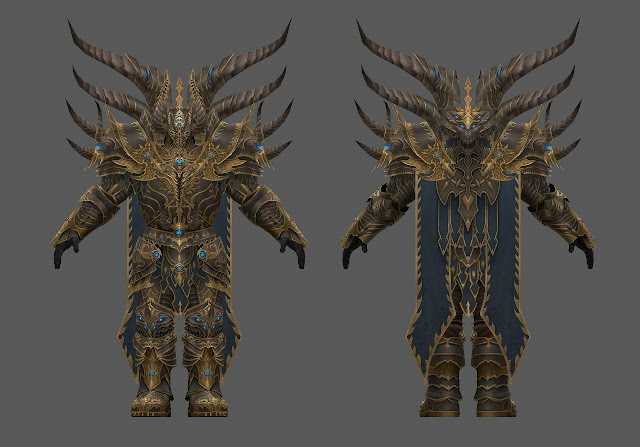 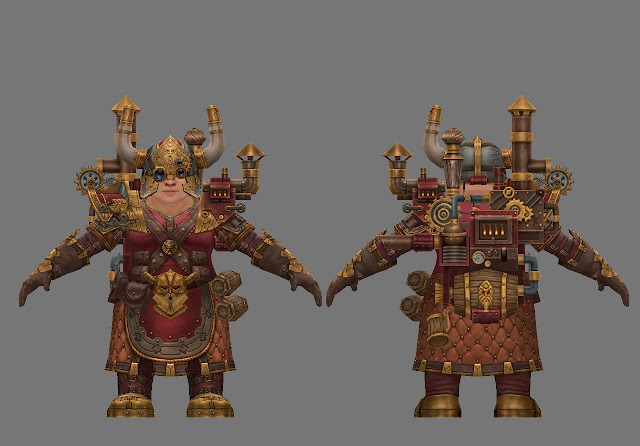 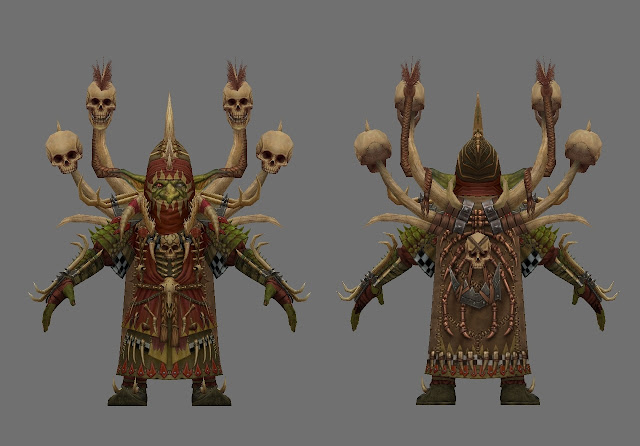 Hopefully we'll get the other sets to post soon. I particularly liked the Orc ones when I saw them at the Mythic visit thing.

Elsewhere Steven Engle has posted a thread for discussion on upcoming Shadow Warrior and Squig Herder changes; link here. Initial thought is I like the changes for my Squiggy (not sure its got enough damage still mind you...), but that doesn't mean they're great for the game as a whole. No that I'm saying they're a bad idea either, it's just I'd like to see what improvements the Magus and Engineer get alongside this, as the range reducing ability is quite a potent thing and life is crap enough for those 2 careers as it is.

Anyways, go get your feedback in and have you say.
Posted by Bootae at 18:12