Pimped my Chosen, how about you?

I'm a big fan of the armour dye system in WAR. With every piece of armour having 2 different sections that you can change the colours of, it really does mean not everyone has to look the same. The clown vomit armour you had to put up with in Warcraft always pissed me off, it was ok once you had a full set of something and it was properly themed, but then you just looked like everyone else. Coming from games like Ultima and DAoC, I never understood why Blizzard made armour so restricted.

The other beauty with WAR's system is it's not just the customised armour colour to add character to your, uhm, character. You've also of course got guild cloaks and the wide range of trophy choices.

One of the things this is allowing me to do is as I build up a second set of Sentinel armour with different talismans (so I have a tanking set and a PvP set), I have them dyed differently. This way I don't have to check my equipment to see which I have equipped, I can tell soon as my character loads in. Simple little thing, but cool none the less. If I'm wearing Black/Red, then its PvP time :)

So come on my fellow bloggers, lets have a butchers at your characters. What sorta funky armour dye/trophy/cloak themed action you got?

Here's how Bootae looks at the moment: 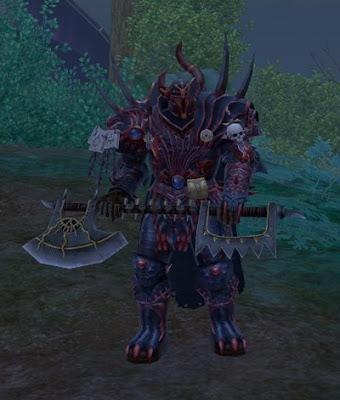 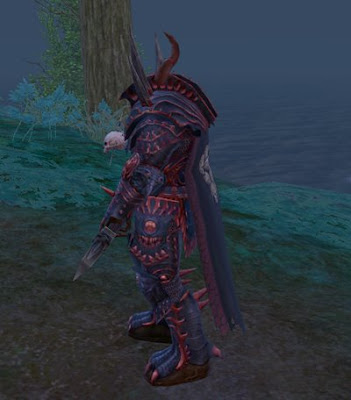 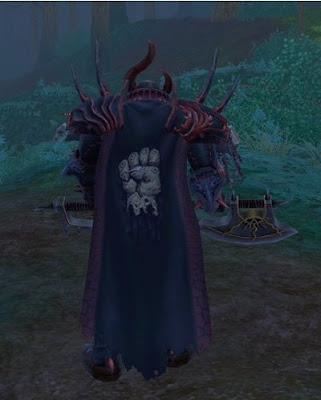