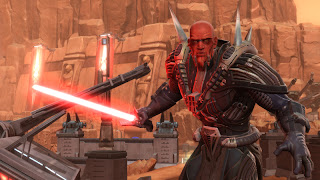 For me 2012 starts with Star Wars: The Old Republic. I think I’ll be playing that for probably 3 months, which will be enough time to get max level, clear the majority of end game content & storylines (aside from raids which I officially CBA with) and have provided ample opportunity to become bored with its generic instanced PvP and what I presume will be lame arsed gank-wank open-world PvP. If I stick with it longer depends almost entirely on how the open-world PvP turns out. As you can tell, I’m expecting very little, but if it’s good then this could dramatically extend the lifespan of SWTOR for me. I find that possibility extremely unlikely. 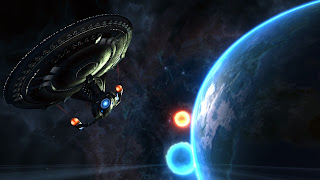 After SWTOR I’ll be at a loose end for a few months and most likely this will be when I catch up on my previous games. A month in Star Trek Online is definitely on the cards, as is a brief visit to RIFT and then I expect it will be either DAoC or WAR. However if WAR does actually have some new content or sees some of the changes I’ve always wanted (larger RvR lakes, real new classes, etc), then I will return to WAR for a more significant visit. If WAR ever gets serious development again then I would be back straight away, unfortunately with its skeleton crew that looks extremely unlikely. Such a waste, shame on you Bioware, shame on you.

Summer time arrives and it’s Mechwarrior Online, for the rest of the year… If the game lives up to even half of my expectation levels then I could well be playing this extremely long term. Which means playing it alongside whatever else I’m looking at and since I’ve often said how I get bored quickly of instanced PvP, well, that should give you some indication of how highly I rate Mechwarrior games. That said, I am assuming it’s going to be instanced match making stuff from what’s been said so far, which really is the only way I can see it working without going for something extremely bold that I just can’t see any company having the balls to do. So it sounds like it’s going to be instanced PvP within a persistent world campaign system. If it means I get a decent mechwarrior game then that’s more than fine with me. 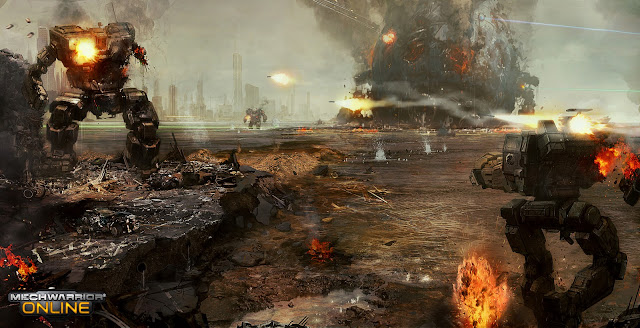 As for the rest of the year, I'll no doubt be sticking with MWO, but there are a couple of other games that will also see some Bootae action, but I don’t yet know when they’re due. Planetside 2 fits in here somewhere and has the potential to have a major impact on my and Kill Frenzy’s long term gaming plans. Then there’s Dust 514, which as a PS3 game will have limited impact for me in some ways, but as a potentially landmark title in a MASSIVE way it’s something I simply have to be involved with.

That’s it for me until Dark Millenium Online in 2013. I am of course aware that my damned curiosity may lure me into trying out Secret World and Guild Wars 2, but I have no current desire to play either. Plus with that lot mentioned above, single player games and limited gaming time, I’m not convinced I’ll be able to get much more in.

How’s your schedule looking?
Posted by Bootae at 12:33