The MMO you want to play, but choose not to

If you’ve played MMOs for a long period of time, then there’s a good chance that there will be a game that you really like, but for some reason have chosen not to play. For me, it’s EVE Online.

I’m not actually a huge fan of the game’s control system, I understand why they’ve made it the way they have and I wouldn’t say it’s terrible, but it pales in comparison with the free flight of traditional spaceflight games like the X series and for many people that will always be a mild irritation. However, it really doesn’t matter because the overall concepts that drive EVE are bloody brilliant. EVE is without doubt the most wild, dangerous and freeform mainstream Online world out there and as such the one with the most opportunity. It is the ultimate MMO for forging your own way and seeing your actions have impact on the game universe. Also I really like CCP’s stance of in the majority letting players and their Corporations be responsible for self policing their universe. 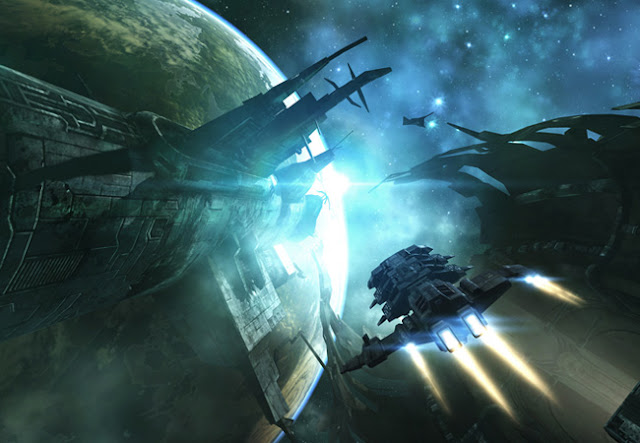 EVE is in many ways a reflection of the real world in one of its more turbulent eras, with the player run Corporations as different nations and other powerful organisations. The source of their wealth and power varies with trade, warfare, piracy and even other things like logistic services all being viable options to build your empire upon. Some battle for supremacy, others will happily enjoy the status quo, some can perhaps be trusted, others not… Some are just bloody criminals, pirates and vagabonds! And then of course there’s the major complication of alliances between Corps on a scale not seen in any other game, It has at times led to events unfolding much like the domino effect that saw the outbreak of World War 1, where an incident involving certain nations snowballs into a monstrous conflict as a chain of treaties are honoured. Albeit only involving pixel death and not human misery on a scale barely imaginable, but I’m sure you get the idea from a political view.

From the humble tradesman, to the solo pirate and all the way up to organisations requiring pretty much true corporate management, EVE does it all. So, as you can probably tell, I really like what EVE is about and would love to bury myself in its intricate world. The problem for me though is a simple one: I go AFK far too much to play it. 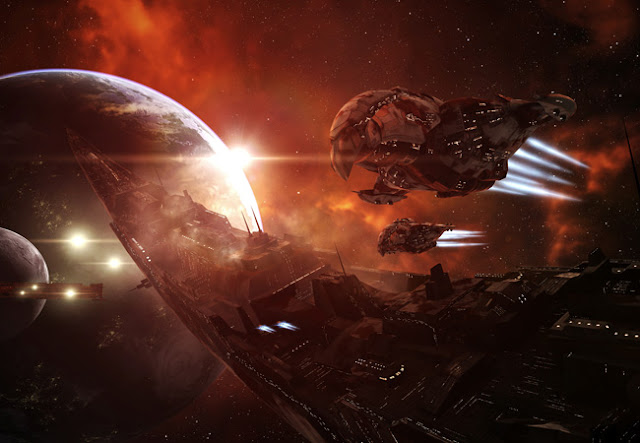 In EVE you are at risk of being attacked by other players and losing everything you have with you, the only time you’re ever truly safe to go AFK is when you’re docked in a space station. Now, I did play EVE before and fell in love with it, but my random AFKs led to me losing ships and so on that really I could have prevented had I been at the screen. But when my daughter is freaking out because there’s a spider stalking her or my wife (who is not a fan of gaming…) needs help with something, I will obviously go AFK straight away; it is only a game after all. And that makes EVE a little frustrating for me, as I don’t want to be limited to staying in the more secure systems. A quick log out option wouldn’t work for EVE at all, but its something I need. It must be stressed though, that it really isn’t the game’s fault, it’s just that it’s not quite compatible with my personal lifestyle, at least not with what I would want to get out of the game.

Every month since I stopped playing EVE I have been sorely tempted to reactivate it… cor blimey guv, I’m considering it right now and I’m sodding skint! But no, NO! I shall resist. EVE’s a right fetching lass and well worth a fumble, but I know my absences will be too much for both of us.