It's not too uncommon to hear people complaining that WAR is just about zerging. Certainly it's a game where the zerg features high up on the menu, but if you look around you'll not only find the daily specials, but you'll also find the kitchen door is open and you've got a Chef's hat.

Pushing my dubious culinary themed anaolgies a bit further, this boils down to a simple choice; you can join the zerg or with just a little effort, cook up your own fun...

Obviously a handfull of players can't take an entire Zerg head on (tightly organised warbands using voice comms can though), but a single group of players can make themselves a nuisance and if you're really cunning, you can change the course of the campaign... You see as well as loads of players, zergs bring a couple of other things to the table: Personality clashes and laziness.

Personality clashes.
Good old fashioned, greenskin style animosity in the ranks. How often have you seen open warbands descend into arguments as players disagree over bloody everything? Half a group go there, the main zerg goes here and 2 randoms sit in the warcamp and every 15 minutes ask where everyone is.

Laziness.
The zerg moves on, but Billy-Bob just carries on sitting there AFK at the battle objective. He cba you see. Bugger it says Billy-Bob, let the others do the work. Much easier to just leech renown, whilst alt tabbing to troll forums. Eventually Billy-Bob realises he's getting a bit far behind and runs to joins the other stragglers who are milling about confused. It seems everyone is still bloody arguing over what to do next. Meh, time to go on /follow.

Full on, tightly organised guild or alliance warbands rarely suffer from the above, but they're not immune. With those type of professional zergs, people still get separated and have to run back. However, experience tells us that the majority of warbands do not fit into that category. They're either PuGs or are from less focused guilds/alliances. They are your target.

Be one with your inner Ninja
Ambush stragglers, ninja BOs and keeps, charge their healers in the arse just as they attack the champion mobs or just skirmish for the sheer fun of it. Don't just use the usual routes to get places, fly to other zones and cut back to your target zone. Use the PvE areas to sneak through, send 1 person off to tag keep A while you send a ninja team into keep B. Use every annoying bloody trick you can.

I just passed another Kojak with a Kodak, this place is crawling with bears, where the hell are you?
Voice comms, should not be underestimated. In some ways voice communication is actually more powerfull for a small group than they are for larger ones... Organising a warband in a hectic fight even with voice comms can be hard work, lots of people listening (sometimes talking too) and it's not always clear who something applies to. With a small group communications can more easily be direct and efficient, with less room for misunderstanding. It's one of the reasons you will sometimes see small groups cut through bigger groups of players with devestating effect.

So that's all fine for me to say, but what about putting into practice?

The proof is in the pudding
Unusually today I was online during the day, but the guild is very quiet at this time, so we could only run a small guild group. For much of the day there was only 3 or 4 of us in the group, the most we got to was 6. There was a destruction warband RvEing, but we left them to it and decided to do our own thing. Order were very active and pushing for multiple zone locks.

Yet it was our small group alone that delayed the Kadrin Valley lock for a couple of hours against vastly superior numbers. There was no other Destruction in KV at that point, but there was at least 1 Order warband. We still pulled it off.

It was also us that stopped Dragonwake and Reikland locking. I can safely say it was us too, as we alone took the objectives and keeps that stopped Order's domination timers with minutes to spare. Maybe Destruction warbands were elsewhere keeping Order busy in those zones, but regardless it shows how 1 small group is far from useless in WAR. When I logged off, Order had still only managed to lock one of those zones.

We were sneaky, cunning and tbh total gits, but we had an awesome time. We capped keeps, took BOs and led people on a merry dance. We took down groups twice our number and bravely went down fighting against the big zergs. From some of those fights I'd like to think a few players may have been given a bit of an eye opener regarding Kill Frenzy. ;)

So next time the zerg gets you down, put on your chef's hat and go cook up some trouble. 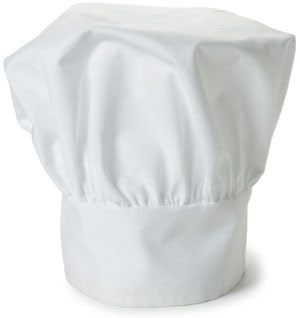